Wi-Fi 6 is largely based around the new radio specification, 802 .11ax, plus additional features such as mandatory WPA3 security. Unlike previous upgrades to Wi-Fi, the main focus is not on ever higher peak speeds, but instead on better efficiency, predictability and reliability of the connections. This reflects the requirements of the modern enterprise and consumer wireless marketplace, and expected mid-term trends.

Remember that Wi-Fi 5, previously known as 802 .11ac, was first launched in 2013, with the requirements and standards work having been done over the previous 3 years. At that point of conception in 2010, iPhones and Android devices were still something of a novelty, especially in enterprises. The Wi-Fi world still revolved around laptops – which were themselves often seen as more convenient alternatives to desktop PCs, rather than the default computing device for most workers.

By contrast, Wi-Fi 6 has been born into the era of wireless-first users, IoT transforming business processes, and an array of new mobile/cloud computing and data-access paradigms. Its core features and improvements reflect that.

Without delving too deeply into the underlying technology, the key aspects to be aware of include:

One other important development is around spectrum used by Wi-Fi 6. Currently, the world’s Wi-Fi works in two main bands – 2 .4GHz and 5GHz – both available on an unlicensed basis. While there are differences in some areas because of certain channels being occupied by other applications, there is global consistency. This harmonization has been key to Wi-Fi’s past growth.

In future it will be desirable to add new bands to improve capacity further. However, as is also the case with the cellular industry (and broadcasting and satellite), finding new global bands is tricky. The Wi-Fi 6 industry may have to deal with regional variations, either in the width of the band, or precise regulations on power and coexistence with other users. Fortunately, the silicon industry (and regulatory spectrum management) is becoming more sophisticated, so various approaches should emerge. We may see more spectrum-sharing and dynamic allocation mechanisms.

The most promising band for Wi-Fi in the near future is in the 6GHz range. In the US, it seems likely that 1GHz or more may become available in this band in the next 2 years, coinciding with many Wi-Fi 6 deployments. Europe is also looking at 6GHz, but with less overall capacity and perhaps some form of sharing with 5G cellular. The exact shape of this band is one of the unknowns at present, but for which deployments should be future-proofed.

In any case, it seems likely that any new 6GHz band will only be certified for Wi-Fi 6 and OFDMA, in order to maximize the benefits of the new standard. Older variants of Wi-Fi will be confined to 2.4GHz and 5GHz.

The above is an excerpt from our free eBook Wi-Fi 6 and Enterprise Networking Convergence by guest writer Dean Bubley. Click here to download the full version.

Want to get into the specifics of Wi-Fi 6 design? Download our Wi-Fi 6 Wireless Standards quick reference poster.

What does Dean think of convergence and the evolution of indoor networks? Read his guest blog article to find out!

Or, learn the Do’s and Dont’s of Stellar Wi-Fi design in our exclusive webinar. 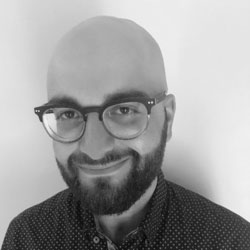 Ben Adler
Content Creator, iBwave
Eclectic writer with a passion for creativity. I love to read comics, draw, and cuddle my cat Pizza.

IoT and the Wireless Networks that Make Them Tick
Frederic Jacques September 10, 2018

0
0
Would love your thoughts, please comment.x